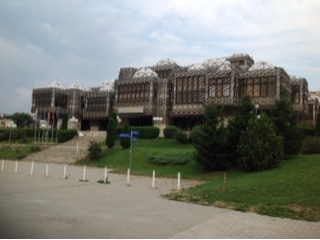 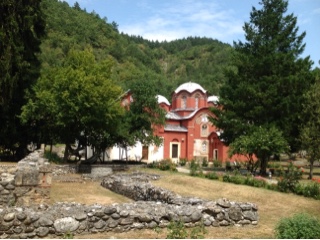 read more:
http://www.thedomwayround.blogspot.com/
at 5:43:00 AM No comments:

If you’re looking for culture in Kosovo, it’s best to head south to Prizren. Seated at the foot of the Shar mountains and close to the Rahovec (Orahovac) wine region, Kosovo’s second city packs a heavy punch with its rich history, traditional handicraft shops and gastronomic delights. Mix that with incredible nearby nature and a renowned summer film festival, and you have a ‘must-see’ destination to add to your Balkan travel itinerary. Here are the five reasons to visit Prizren (in short)

1. Exploring the old town. Throughout history Prizren has played an important role in the region which was first settled in Illyrian times
2. Unique film festival. To witness Kosovo’s cultural capital at its liveliest and to enjoy a unique cinematic experience, there’s no better time to visit Prizren than during Dokufest (dokufest.com/2015).
3. Shopping for traditional handicrafts. The ultimate shopping experience in Prizren is paying a visit to one of the city’s many filigree shops.
4. Local cuisine and wineries. From its famed ëmbëltoret (confectioneries) to the best qebaptore (barbeque restaurants) you’ll find in the country, Prizren is the gastronomic heart of Kosovo.
5. Trekking in the Shar mountains. Prizren is a perfect starting point for exploring the Shar mountain range, which borders Macedonia and Albania, on either a day trip or overnight. Though barely updated since its heyday in the 1980s, when it was a downhill-ski backup for the 1984 Winter Olympics in Sarajevo, Brezovica (about 40km east of Prizren) is Kosovo’s main ski centre. 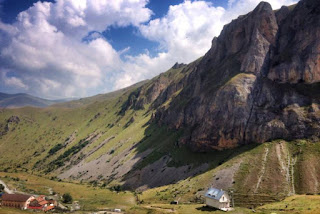 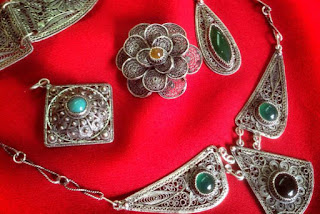 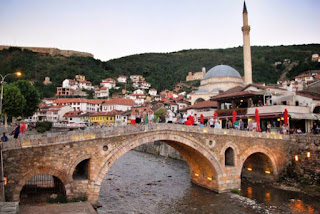 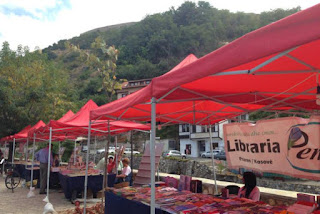