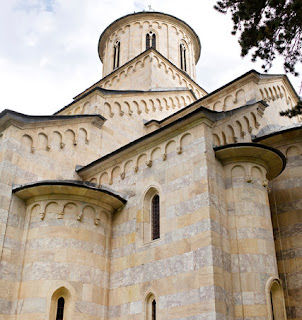 New York Times, one of the world's most prestigious media organization dedicated a full article to Kosovo’s Medieval Monasteries and its tourism prospective.
The journalist Elisabeth Zerofsky traveled to Kosovo through a cultural tour to discover what this new born destination is offering for outside world. This article is focused at Gracanica Monastery, and other cultural heritages and historical sites, and the their resistance during the hard times. 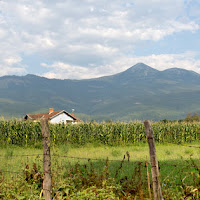 “Gracanica was the last monastery constructed, in the early 14th century, by the Serbian King Stefan Milutin, who had promised God that he would build a church for each of the 40-odd years of his reign.

One need not count oneself among the faithful to be silenced by the suffusion of contemplation and color — seabed blue, the opulent scarlets and gold halos of the sainted patriarchs of the Serbian Orthodox Church, their faces blackened remarkably little over seven centuries.”

Pristina has the beginnings of a tourism industry without the tourists, so to speak. The recently renovated airport gleams with anticipation but remains low in traffic, reflecting the euphoria that accompanied statehood eight years ago, which has turned into frustration.


The city is a postwar boomtown of sorts, with luxury high-rises popping up in every other neighborhood and cranes in primary colors punctuating the skyline.
Still, 70 percent of the population is under 35, and many corners of Pristina rock with energy. On a weekend evening outside Dit e Nat, a bookstore of exposed brick and reclaimed wood floors that is also a cafe and event space, 30-somethings stood on a patch of gravel drinking Birra Prishtina and smoking Winstons while a Romany rock group performed.