Trek & Climb in the Accursed Mountains of Kosovo

This is a small adventure to explore an unknown area of ​​a small country: Kosovo. Here is how Spanish Magazine"Revista Oxigeno" describes the Climbing Tour to Kosovo organized by our company Kosovo Holidays.

"A trip combining visits to natural and cultural beauty, monasteries, medieval churches and mosques, with trekking and climbing “ferrata” in so-called as "Accursed Mountains" of Kosovo. The travel base field is set Prizren City, close to places to be visited for 5 days: the Mountains of Sharri, with its peak Rugova e Madhe, who at 2,658 m marks the border with Macedonia; the Lumebardhi River, which runs through mountain valleys before emptying into the Adriatic after passing through Albania, and that gives birth to visitors a place with about 25 lakes almost two thousand meters high; or Mirusha waterfalls that dot the walls escorting the river of the same name, along a canyon of 10 kilometers. As a postscript, the trip ends with one of the few ferrata in the Balkans: one hundred meters horizontal and vertical progression to enjoy the perfect view over the Rugova gorge.
Read more: http://www.revistaoxigeno.es/ 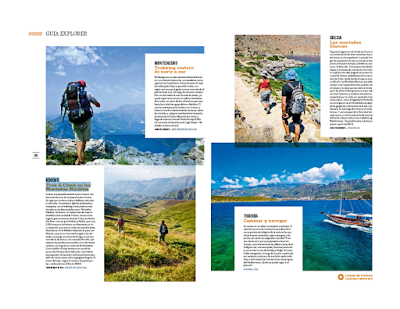 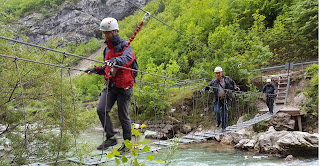 Here is what National Geographic writes about Kosovo, this newborn Destination.

Kosovo:  The Situation on the Ground: Europe’s newest country (it only declared independence in 2008) hasn’t exactly been a mainstay on the tourist trail. A site both of violent conflict and political tension between ethnic Serbs and Albanian Kosovars throughout the 1980s and 90s, culminating in the Kosovo War of 1998-89, Kosovo spent almost a decade as a UN protectorate. Today, however, the newly independent Kosovo is one of Europe’s most exciting—and economical—adventure travel destinations.

Why Go Now: While much has been written about the thriving café culture of Pristina, Kosovo’s relentlessly bohemian, if aesthetically dreary, capital, Kosovo’s real draw is in the country’s south. The medieval city of Prizren—a castle-topped hill town of Ottoman hammams and 14th-century basilicas—is a perfect base from which to hike (or ski) in Kosovo’s Šar Mountains, or to simply wander the city’s forested riverside behind the fortress hill. Well-preserved, without the sterility of renovated “old towns” in Balkan neighbors like Sarajevo, Prizren’s easily walkable historic district is a labyrinth of terra-cotta roofs, minarets, and red-umbrella-roofed cafés.

Don’t Miss: Negotiate—if you don’t speak Albanian, many younger Kosovars speak some English and older generations in the region speak at least a smattering of German—for a vertiginous hourlong taxi ride (about $20) from Prizren into Brod, an overgrown village of stone houses (and a single bakery) in the heart of the Šar Mountains. The heartland of the equestrian Gorani people (the village is said to have more horses than cars), Brod may not have much in the way of hotels (a taciturn old man named Biligap, discoverable by asking around, rents his somewhat dusty second home to travelers at $20 a bed), but somewhat impetuous horses (and guides, which are highly recommended) are easy to rent. The hiking and riding trails around Brod vary by the season from wildly green to crisply golden.

If roughing it doesn’t appeal, the incongruous chalet-style Hotel Arxhena is a 40-minute walk or a 10-minute drive into the mountains. It offers a resort-style experience, complete with access to ski slopes from $43, and an inexplicable flock of live garden peacocks.

Practical Tip: While off-grid hiking remains one of Kosovo’s most powerful draws, be careful not to wander too far afield. Like much of the Balkans, Kosovo’s wilderness is still home to some extant—and active—war-era land mines, particularly along the Kosovo-Albania border. Don’t head off marked paths alone.

Kosovo, a destination for adventurous tourism

Kosovo, the new born destination, is becoming very interesting for tourists especially for extreme sports such as climbing and hiking. Lonely Planet and other prestigious media agencies are suggesting these new adventurous side of Kosovo to be explored.

Kosovo Holidays, is offering a special and new tour for tourists to experience the least known part of Kosovo. This tour combines visits to the most beautiful cultural and natural beauties of Kosovo, UNESCO sites, monasteries, medieval churches and mosques, with climbing & hiking in Accursed Mountains of Kosovo. 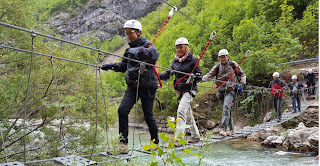 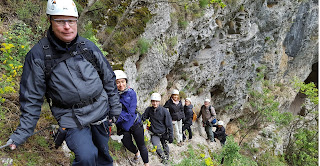 Through this tour you will experience Kosovo’s "Via Ferrata," the first of its kind in the Balkans. A vertical rock face of 100 meters is perfect for experiencing the thrill of rock climbing in a controlled environment. The hiking and climbing along the cables and wires offers a spectacular view over the city of Peja and the Rugova Gorge. The trail travels through ancient caves which now serves as a shelter for wildlife. You will finish the hike in one of the villages of the Rugova Gorge
The Via Ferrata is done with professional equipment provided, trained guides, and advanced construction supported by Italian professionals with extensive experience in the Italian Dolomites. No rock climbing experience is required. There are metal steps installed in the rock face making it a doable climb for just about anyone.
This 5 days tour combines the best of nature and culture of Kosovo, visits at Unesco heritage sites, and the most beautiful nature attractions as Rugova Valley, Sharri Mountains, and Mirusha Waterfalls.
Enjoy this tour: